How does noise cancelling (ANC) work on AirPods Pro and other headphones? 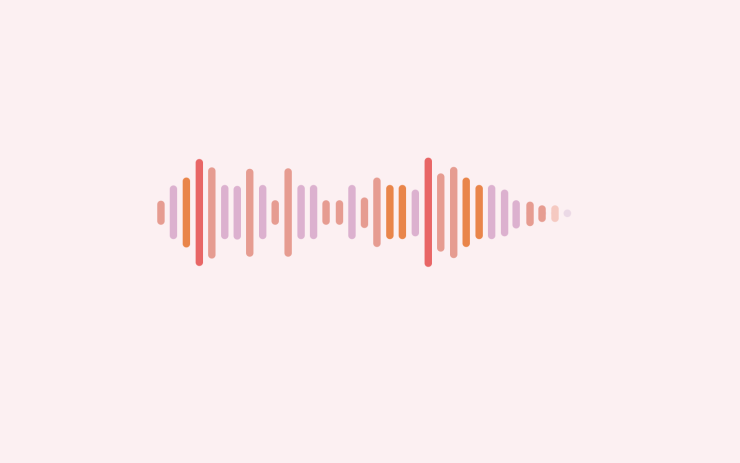 If you read this article, you might want to understand how active noise cancelling (ANC) actually works on headphones like the AirPods Pro or Sony WF-1000XM4. And by the word “understand” I really mean you don’t want to hear about amplitude, sound wave interference or phase shift.

If you already know all these terms, noise cancellation is a no-brainer for you. But this article is intended for the reader with no technical background who wants, however, to deep dive into the topic.

I hope I could set the record straight and help you understand this important and useful feature. But before we can figure out how noise cancelling works, we need to understand what “noise” or sound actually is.

If you already know the answer to this question and are not confused by the fact that the world is not what you imagine it to be, then go straight to the second part of the article, where I will talk directly about noise cancelling.

Part 1. What is sound? And why fight something that doesn’t even exist?

Now let’s verify this odd definition. Try wiggling your fingers fast. The theory doesn’t seem to work, does it? If the sound is movement, why isn’t there any sound from fingers movement?

But how can we hear vibrations or movements?

Well, the space around us is not a complete void. It’s filled with molecules of nitrogen, oxygen and others, with a lot of free space between them. Imagine molecules as small colorless balls:

When we clap our hands, the air between our hands is compressed. That is, these balls (molecules) fly in different directions and bump into nearby molecules. Those, in turn, fly away and bump into their neighbors just like billiard balls:

The clap itself doesn’t produce any sound. Instead, it just pushes surrounding air molecules in all directions. Sooner or later, these collisions will reach the molecules floating inside your ear (ear canal). Since they have nowhere else to go, they will bump into your eardrum (thin skin membrane):

The eardrum will vibrate, and this vibration will be transmitted through the bones of the ear directly to the cochlea (a spiral-shaped chamber of bone inside your head closer to the ear), which is filled with fluid.

And this is where the most interesting part begins!

If we were to uncoil the cochlea, we would find something like a piano (basilar membrane) with many “keys” (hair cells) inside:

Now look what happens if we strum a guitar string. It will start to vibrate, that is, move back and forth. When the string moves forward, it hits the air molecules on its way. These molecules also start to move forward, bumping into other molecules.

But when the string starts to move in the opposite direction, it pulls the molecules back, so the air in front of the string becomes a little rarefied (with fewer molecules):

These string vibrations repeat over and over again, making compressed and rarefied regions travel through the air. Though the molecules alone do not move from the string to the ear, they only transfer the impulse and move back:

Eventually, these air compressions and rarefactions will reach our ears. When compressed air (with lots of molecules) hits the eardrum, it deflects, i.e., moves forward. But when the rarefied air (void) comes, nothing puts pressure on the eardrum, and it returns to its original position. Then comes the compressed air again.

Now, tell me, has the guitar string made any sound up until this point? Certainly not! There was complete silence in the surrounding world. Neither the guitar nor anything else was making any sound. It was just the string pushing the air molecules, which silently bumped into each other.

But we have ears. Our eardrum vibrations are transmitted to the internal “piano” (cochlea), and this is where the sound is created.

It’s the “internal piano” that makes sound and not a guitar or other instruments. Each blow generates a wave in the cochlea, and this wave bends certain hair cells (“piano keys”), which send an electrical signal to the brain:

The stronger the deflection of a particular hair cell, the “louder” a certain note will sound in our imagination. Here is a simple animation of this process:

Your brain detects which nerve sent the signal and plays a corresponding sound in your mind. And that sound was “recorded” in your DNA even before you were born. I’ll say it again: the sound was created in your mind while, objectively, there were just silently bumping molecules in the real world.

What nonsense, you may say! After all, we have microphones that “hear” all sounds just like people do! Therefore, if a sound can be recorded with a microphone, it means it objectively exists, and our consciousness has nothing to do with it!

But don’t take comfort in the thought that sound is not a figment of our imagination.

What is a microphone? Or the truth about the world around us

Suppose molecules bump into the microphone membrane 500 times in one second (i.e., there are 500 alternations of compressed and rarefied air). In that case, the microphone will record that, and we will get a 500 Hz (Hertz) sound.

We can visualize it in a waveform, where the vertical axis represents air pressure, and horizontal axis shows time:

Basically, we just record molecules’ motion to reproduce this motion later on. In the real world, there was complete silence both when recording sound and when playing it back. The sound appears only in our brain.

In a sense, one could say that the beautiful and unique voices of the great singers were already there in our brains since birth. It just took someone to push the air molecules in such a way that they could “press the right keys” and retrieve the right tones from the “preset sound library” in the brain. The same goes for all other sounds of animate and inanimate nature.

In truth, much of what we experience does not exist in nature. This applies to color, the sensation of heat and cold, etc.

Part 2. How does active noise cancellation work on headphones?

After reading the first part, I believe many of you have already understood the noise cancelling algorithm. We just need to balance out the air pressure.

Here’s how we can achieve that:

As a result, the air pressure inside the ear canal neither rises nor falls, so not a single molecule is bumping into the eardrum (because the soundwave is completely attenuated). This means that the noise is completely cancelled out:

Everything is simple and clear in theory, but the active noise cancelling doesn’t work so well and efficiently in reality. Some headphones suppress only low-frequency sounds, while others can even amplify some frequencies (e.g. Sony WF-1000XM3). Why is it so?

I think there’s no need to explain that the best noise cancelling is achieved only with good ear canal isolation. That is, earphones like Samsung Galaxy Buds Live, despite the active noise cancelling feature, will not suppress noise as effectively as the in-ear monitors like AirPods Pro. That makes sense.

Now let’s see why headphones are good at cancelling out only the low-frequency noise but are bad at handling the high frequencies.

There are various silly explanations, as if manufacturers intentionally make it so that you can hear an important announcement at the airport while hearing no airplane engine noise. And some models indeed have different ANC modes to let you hear voices. But the problem with high-frequency noise-cancelling lies in technical limitations.

To figure this out, look closely at the two sound waves:

With high-frequency sound, we see compressed and rarefied regions of air alternate much more frequently than with low-frequency sound. Moreover, the air regions of different pressures at low frequencies are much longer. In other words, the wavelength (one portion of low and high air pressure) is much longer.

Take a look at the numbers. The airplane engine pushes the air molecules back and forth with great force about 150 times per second. That is, it makes a sound at a frequency of 150 Hz.

How long do you think the area of compressed air would be? It’s very easy to calculate! If we assume that the air temperature is 20 °C (68 °F), then the speed of sound wave propagation will be around 343 meters per second or 767 mph. Accordingly, if 150 waves (alternating compressed and rarefied regions) pass per second, then the length of one wave would be 2.2 meters or ~87 inches:

However, if we take high-frequency sound, say 2 kHz (2000 times per second), then the wavelength would be only 17 cm or 6.7″, and its compressed region is half as much. For 10 kHz sound, the wavelength will be around 1″. All of these waves would rush through the headphones at 767 miles per hour.

Obviously, with low-frequency noise, the pressure passing through the headphones will remain constant and uniform much longer than with high-frequency noise. Therefore, it’s much easier to equalize that constant pressure than to keep the beat of a rapidly changing pressure.

Don’t forget that earphones shouldn’t just cancel external noise but also produce music. In a few microseconds, the earphones have to consider external noise, analyze the sound of the song, and create a new sound wave, which will include both music and diaphragm movement to cancel noise.

And that’s not all! Models like the Apple AirPods Pro listen to external noise and the result of noise cancellation using additional internal microphone placed behind the speaker. And the sound wave has to be long enough to change something if necessary. Therefore, headphones are much more effective in cancellation low-frequency long wave noise.

How do I know which headphones have the best noise cancellation?

It depends on processor speed, algorithms, quality and quantity of microphones, quality of the speaker diaphragm, etc.

Of course, it’s best to test active noise cancelling quality yourself. But if this is not possible, read the reviews or at least look at the headphone specs.

Some manufacturers specify, for instance, the frequency response of the microphone. If the headphone mic is not capable of picking up sound below 200 Hz, such a model will not be able to cancel out this noise (even theoretically) because the sound at frequencies below 200 Hz will not exist for such earphones.

But what do these decibels (dB) mean? The answer to this question is worth a whole article since even some tech authors think that two times louder is two times more decibels (for example, 120 dB is twice as loud as 60 dB). No need to say anything about average customers!

If we see in the specs that the noise cancellation level is 30 dB, it means that external noise will be perceived 8 times quieter (every 10 dB is 2 times quieter).

But don’t let ads fool you, and don’t buy the headphones with the most impressive specs. The fact is that the manufacturer does not specify a frequency or frequency range the ANC work the best with. So, for instance, the headphones can cancel out only a 100 Hz sound by 8 times, while the rest noise will be much louder than the competitors.

So, everything concerning noise cancellation should be tried by yourself. Even independent professional tests may not reflect the actual picture because testing always requires some physical model of the ear and here comes again questions about the passive noise isolation (whether the ear tips have proper seal, etc.).

One final note. ANC requires a lot of computation, so any wireless headphone will always drain the battery faster when noise cancellation is active. This is something to keep in mind.

Anyway, now you know how noise cancelling in headphones works on a molecular level!

If you enjoyed this post, please share it! Also, consider to support Tech Longreads on Patreon and get bonus materials!