Screen size as the most clever trick! What is a diagonal? 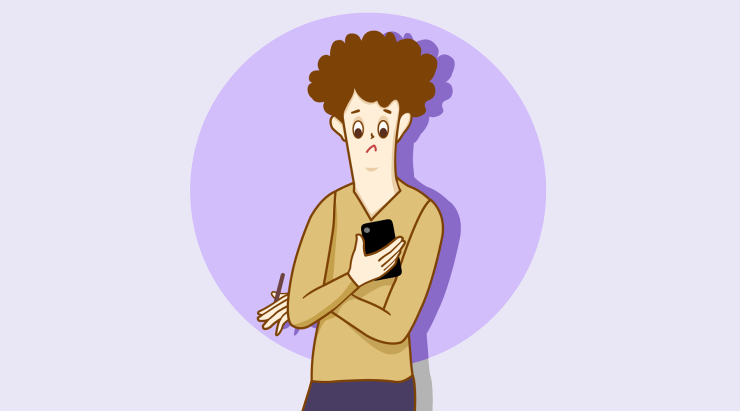 Many of us used not to trust the technical specs. For example, a 12-megapixel camera can shoot better than an 18-megapixel one, and a high-speed 4 GB memory can be better than a slower 6 GB one.

But the numbers themselves do not trick you in these cases. You do get physically more memory and megapixels. The only question is their quality.

However, there is one crucial characteristic of any device that has lost its meaning over the last decade. This is such an ingenious trick that not only ordinary users, but also professional reviewers took the bait.

Think back to the 7″ tablets of 10 years ago. They were huge “bricks” no one would even think of using as a phone. Sure, there were some desperate tech enthusiasts who didn’t hesitate to put a “brick” to their ears to answer an incoming call. But it looked ridiculous.

However, the modern Samsung Galaxy S22 Ultra with almost the same 7-inch display looks quite aesthetically pleasing. Moreover, it’s even possible to operate such a big device with one hand.

It was quite comfortable to work with documents, read books, and browse the Internet using this device. The only problem was its size.

But ten years later, the Samsung Galaxy S7 comes out with an even slightly larger screen. Except now, it is not a bulky monster but an elegant and relatively compact device:

We can certainly see that the bezels around the screen have significantly shrunk, and the display itself looks different – more stretched out instead of almost square shape.

But does it mean the screen size remains the same (except ingenious manufacturers were able to change its shape and remove bezels in a way it can easily fit in any pocket now)? Not really.

The truth is that the modern 6″ screen is physically a quarter smaller than the 6″ display of a decade ago.

How is that possible?

The diagonal of the screen has nothing to do with its actual size!

And it’s really true. Take an Apple, for instance. They’ve been producing the iPhone Plus version with an increased screen diagonal (5.5″) for many years.

But then a much smaller iPhone X came out with a bigger 5.8-inch screen:

Many reviewers claimed that it was the biggest display in the history of the iPhone. Sure, the notch cut off a small part of the screen, and its edges were heavily rounded. But the main problem was that the “new 5.8 inches” was physically smaller than the “old 5.5 inches” of the previous iPhone 8 Plus.

Even if the new iPhone X wouldn’t have a notch and rounded corners, the iPhone 6, 7, 8 Plus screens were still almost a square centimeter larger, despite the smaller diagonal.

That became the main trick. Instead of being a useful spec, the screen diagonal became a marketing tool, misleading users.

Last year, Apple released a compact iPhone 12 mini with a 5.4″ screen. It seems at first glance that using such a screen today is uncomfortable. But then we recall that not so long ago, even Android flagships didn’t have such large displays. For instance, the Samsung Galaxy S7 had a 5.1″ screen that is smaller than the mini iPhone’s display.

But in reality, it was the opposite! The 5.1″ screen from Samsung was larger than Apple’s new 5.4″ screen. Again, we’re not talking about notches or corners. The actual area of the “old inches” is larger than the “new inches” area.

To completely convince you of the ridiculousness of this situation, let’s compare Xiaomi Mi Band 6 and Huawei Band 6 fitness trackers. According to specs, the screen of the first bracelet (1.56″) is noticeably larger than the screen of the second one (1.46″). However, what we actually see is exactly the opposite:

Obviously, the screen on the right (1.46″) is almost twice as big as the screen on the left (1.56″), although the diagonals say otherwise. But now Xiaomi can claim that it has released a compact fitness tracker with the largest screen in the world. And this statement will be both true and false at the same time.

The aspect ratio is the key, not the diagonal alone!

When the first TVs came out, their screens were completely circular. Then manufacturers slightly covered the circle at the top and bottom, making the display looks more rectangular:

Eventually we came to fully rectangular displays with a 4:3 aspect ratio, where the screen width was always about 1.33 times the height (four divided by three). So if the width of the screen was 12″, then its height was 9″, and its diagonal was 15 inches:

We could use any parameter – width, height, or diagonal – to specify the display size. In all these cases, it was convenient to compare different screens with each other.

Of course, marketers chose “diagonal” as the largest value among the others. After all, the bigger the number, the more attractive the product looks in the eyes of the customer.

Thus, we got a great metric – the screen diagonal, which made it very easy to compare any TV sets with each other. The bigger the diagonal, the larger the screen area. It’s as simple as that!

But then manufacturers did an ingenious trick – they took the diagonal and tilted it slightly to the side (turned it clockwise):

What’s the big deal, you’d think? The diagonal was tilted slightly to the side, but the dimensions remained the same, isn’t it?

Actually, everything has changed! If we draw a screen around the new diagonal and compare it to the previous one, we will see the following picture:

Both displays are 15″ diagonal, and most customers will think that their sizes are the same. It’s just that one screen is slightly wider, and the other is slightly taller: 12×9 inches vs. 13×7.4 inches.

But if we compare the most important parameter – the area of both screens – we will find that the size of the first display is 108 square inches, and the second is 96 square inches. Therefore, the whole 12 square inches “magically” disappeared!

Our screen now has a new aspect ratio – 16:9. Its width is about 1.8 times bigger than its height, and its area is 11% smaller given the same diagonal!

A whole zoo of diagonals

This is where the real fun began. The manufacturers rotated the diagonal however they wanted! For example, here are three smartphones with an identical screen diagonal of 3.5 inches (left to right: iPhone, Blackberry and Nokia):

Naturally, anyone can see that these screens are different in shape: one is elongated, the other is square, and the third is something in between. Accordingly, it’s more convenient to watch movies on one display and write text on another.

But the trick here is that inches tell the customer nothing. After all, for the same diagonal, the iPhone screen area is 36.5 cm2, the Blackberry is 39.5 cm2, and Nokia is 33.8 cm2.

Just think about it: the difference between the biggest and smallest “3.5-inch screen” is almost 6 square centimeters!

Now take any eBook reader with a screen diagonal of 6 inches and compare it with a 6″ Sony Xperia 10 smartphone. Given the same diagonal, the former has a screen area of 111.5 cm2, while the latter has 84 cm2!

Although both devices have an identical diagonal of 6 inches in their specs, this is simply an incredible 25% difference!

Sure, manufacturers can specify the aspect ratio of both screens. But for the most customers, this will only mean that the e-reader screen is wider, and the smartphone screen is narrower and more elongated.

People will keep believing that both devices offer the same “amount of screen”, i.e., the same area. And this is fundamentally wrong!

If we wanted to have “the same amount of screen” on the 6″ Sony Xperia 10 as we do on the 6″ e-reader, the manufacturer would have to increase the smartphone display to 6.9″ (without changing the aspect ratio)! That’s when the areas of these screens would be equal, despite the different diagonals (6″ vs 6.9″).

What is the moral of the story?

Screen diagonal in today’s world is a very obscure spec that misleads many people. There is a whole zoo of different aspect ratios on the market today. Here are just a few examples:

And it would be completely wrong to compare the size of these screens only in terms of diagonal. For example, the Galaxy Fold3 cover display has a pretty decent diagonal of 6.2 inches. Samsung even brags about this size and highlights this detail.

But when we consider its aspect ratio, we get a display area of 79 cm2, which is even less than that of a “normal” screen with a diagonal of 5.4 inches!

Is Samsung cheating its customers by claiming a 6.2-inch screen? Technically, no. The diagonal here is indeed that size. But the user, who is used to 6-inch screens, expects to get the same “amount of screen” on the new smartphone. However, he will be very disappointed.

Therefore, before you evaluate the screen of any device, be sure to pay attention to the diagonal and aspect ratio. The screen area is the most important parameter, which all manufacturers hide.

The 6″ screen of any e-reader will be more convenient for reading books than the 6.7″ screen of the Galaxy S21+ since the e-reader’s screen size is just physically bigger, despite the smaller diagonal.

And these “diagonal tricks” became one of the reasons for this “leap” in screen sizes. In the past, you could find 6-inch displays only on tablets and e-readers, but today any budget smartphone can boast an even larger diagonal. Except it’s only an illusion!

If you still haven’t figured out the trick, take the 6.5″ diagonal and place it almost vertically. Now let’s compare a standard screen and our imaginary one with an identical diagonal:

No one will argue that the blue screen on the right is just a small fraction of the original screen on the left. Even though technically both of these screens are identical – 6.5 inches by diagonal!

Moreover, if we were to place the 6.5″ screen with its diagonal turned almost vertically inside the normal 6.5″ screen, we would get such an amusing picture:

As you can see, for the same diagonal, the area of the second screen is only about 10% of the first screen area!

How to calculate the screen’s area, width and height, knowing only its diagonal and aspect ratio?

As a small bonus, I would like to give you a simple formula that you can use to calculate the actual width and height of any gadget screen, knowing only its diagonal and aspect ratio.

They say, one guy invented this formula about 2500 years ago, and it looks like this:

Where d is diagonal, a and b are the aspect ratio.

This is how we can compare actual screen sizes and their areas, taking into account not only misleading diagonal, but also the aspect ratio.

If you enjoyed this post, please share it! Also, consider to support Tech Longreads on Patreon and get bonus materials!

Yes, pixel density is important to a certain degree, and I’ll write an interesting article about this “degree” soon. Anyway, you can’t get the screen to your eyes closer than 8″ or so, therefore the screen size does matter. There is just no sense in making 5″ screen with 4K resolution. The 6″ 1080p display would be better. 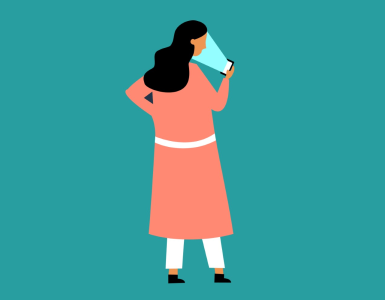 Blue light from smartphones. How and why is it reduced?

How do manufacturers reduce the amount of blue light emitted by smartphones without compromising color accuracy? 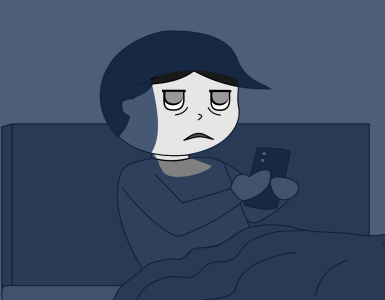 Is AMOLED display bad for your eyes? All you need to know about flicker and PWM

AMOLED display can make you feel bad or cause eye strain, but why? How exactly does PWM and flicker affect your eyes and brain?